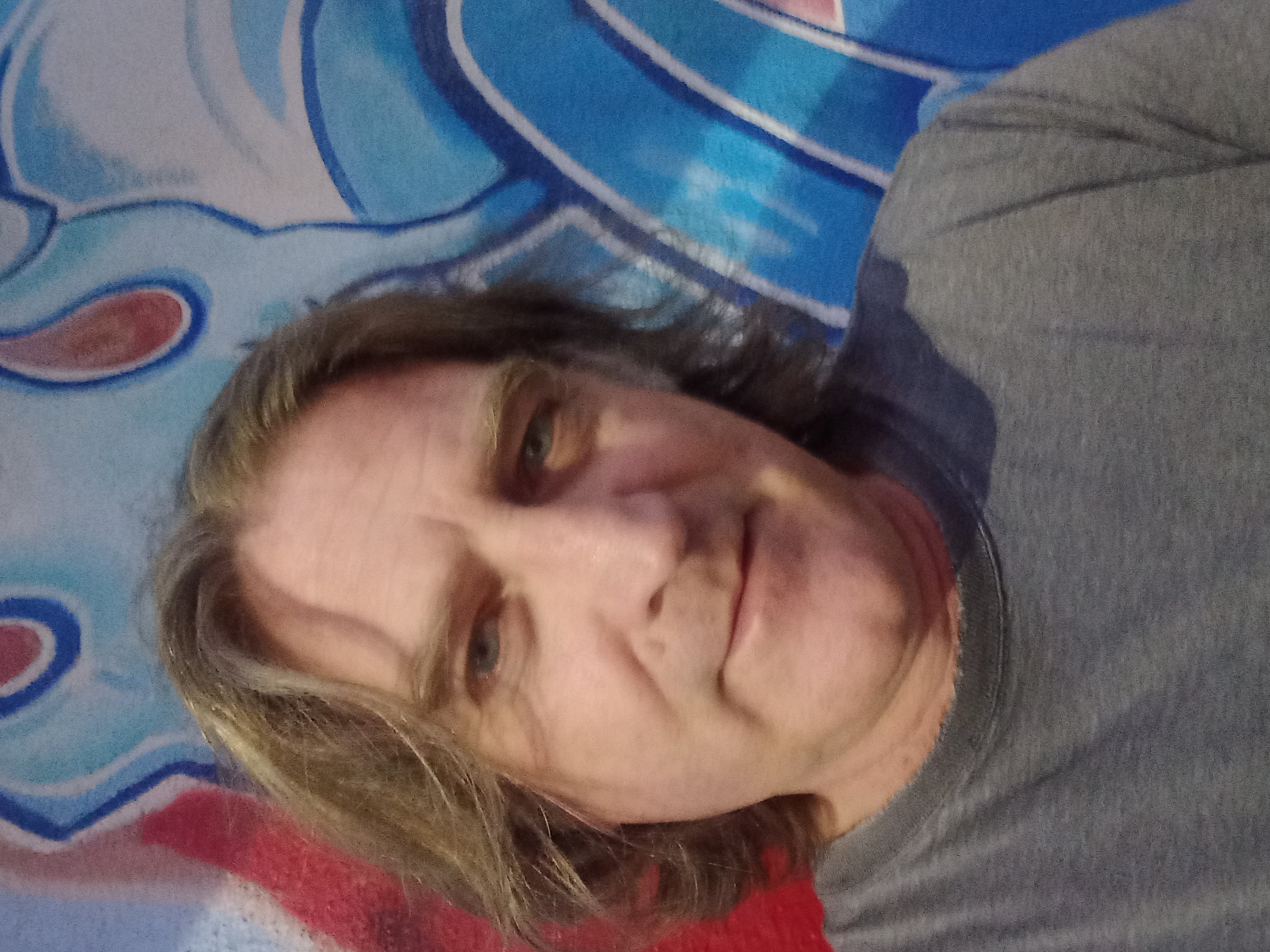 Peter Wick has written, directed, and acted in award-winning independent films, written and published successful books, performed standup comedy on stages around the United States, played drums with ‘Grunge’ rock musicians, and even once tried out for professional soccer team, Seattle Sounders (in the 90’s, before MLS).

Peter Wick grew up in the suburbs of Seattle. He was the 4 th of 5 siblings in a family of teachers and artists. His oldest brother and younger sister are college professors.

‘Ridiculing the Apocalypse’ (1996), the band’s retrospective album, featured a couple of tracks with Peter Wick on drums.

As a teenager Wick hooked up with an eclectic group of suburban teenage musicians and artists, from several different area schools. The center-piece of this disorganized and chaotic group was the early 1980’s punk band “Mr. Epp and the Calculations.” Although the band was described by local radio DJ Stephen Rabow as, “The worst band in the world,” (immediately prior to his airing of “The Pigeon in the Fountain Bed,” a noisy spoken-word rendition by Wick of his short story, over a wall of background noise) the band played a formative role in what would eventually become Seattle’s “grunge” movement. In addition to the band, this eclectic group of teenagers also published small magazines (“fanzines”), the most notable of which was “Attack” magazine, for which Wick contributed mostly humorous articles and stories.

Wick was the band’s drummer, but quit when he worried that the band would become too famous to allow him to focus his creative energies on writing and acting. Guitarist Mark Arm – later of the band Mudhoney – recalled this moment years later in an interview. He jokingly asked Wick, “Wait, you’re quitting because you’re worried we’ll become too famous?” Mr. Epp’s biggest hit song was 1982’s “Mohawk Man,” which reached #1 on L.A. radio station KROQ’s “Rodney on the Roq” show. Ironically, after quitting the band Wick often sat in for the regular drummer at practices. He lived off and on at the house where they practiced (the Morey house was a place where these kids often crashed), and Wick would sit in on drums whenever the regular drummer failed to show, which happened fairly often. Two songs that were recorded with Wick on drums later turned up on the band’s retrospective album, “Ridiculing the Apocalypse,” released in 1996.

Mr. Epp and the Calculations broke up in 1984. While playing their last show, Wick was invited on stage for a good bye appearance – following opening act, “Malfunkshun,” which featured a then 18-year-old Andrew Wood, who died six years later while the front man of “Mother Love Bone.”

As their wild teenage years passed on into 20-something-hood, in the mid 1980’s, this eclectic group of friends began to disperse. Epp guitarists Mark Arm and Steve Turner would form another seminal Seattle band, Green River, with Stone Gossard and Jeff Ament, both of whom were later in Mother Love Bone, and then Pearl Jam. Arm and Turner would eventually form Mudhoney.

Wick continued to write for small magazines with names such as Feminist Baseball, and Hey Magazine, published by former Epp member Jeff Smith (aka Smitty). He continued to dabble in music, playing drums for a short-lived band, “Lapses in Grammar,” which featured Smith and another ex-Epp member Darren Morey, as well as female bass player, Liz (Wick), whom he would later marry. During the late 1980’s Wick began working professionally as a stand-up comedian. He became a regular at Seattle’s Comedy Underground and toured clubs around the country, working in California (L.A., San Francisco, Sacramento), Colorado, Texas, and the mid west.

He also became a father. He humorously retells the story of marrying pregnant girlfriend Liz in an afternoon civil ceremony, after which he recalls he and his new wife, “Went out to lunch, and then she had to go to work.” Their son Morgan Wick has become a sports blogger and social commentator.

He also became a father. He humorously retells the story of marrying pregnant girlfriend Liz in an afternoon civil ceremony, after which he recalls he and his new wife, “Went out to lunch, and then she had to go to work.” Their son Morgan Wick has become a sports analyst, blogger, and social commentator.

In 1993 Wick moved his family to Los Angeles, where he had begun getting stage time at the Improv. He soon began butting heads with co-owner Mark Lonow, over creative philosophy, however and, in his own words, “burned my bridges at the Improv.”

Taking any and all small acting roles he could, Wick worked regularly as an extra on the first season of “Babylon 5,” appearing in several episodes, at first in full alien headgear, but later appearing as a human. Wick also worked on such films as “Forrest Gump,” “Apollo 13,” “Speed,” and “Wayne’s World II,” and such TV shows as “L.A. Law,” “Picket Fences,” “Star Trek Voyager,” and “ER.” 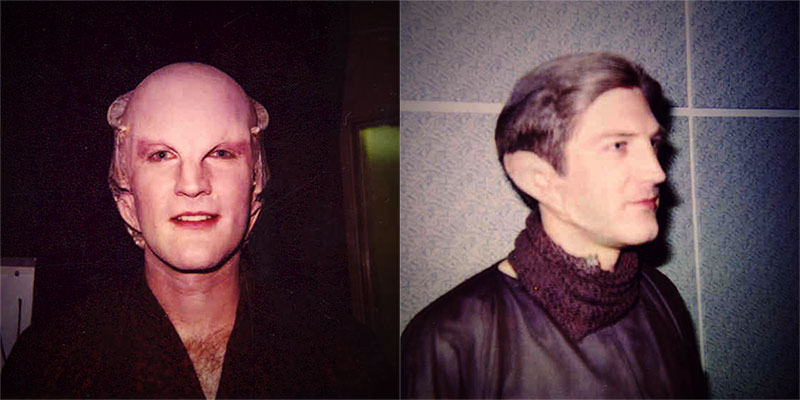 Two years later the family returned to Seattle, where Wick pledged to somehow produce his own independent film.

He appeared on stage in a handful of Seattle theater productions, while also forging relationships with a small band of local filmmakers. After his screenplay “Long Strange Trip,” reached the second round of the Sundance Institute’s Screenwriter’s Lab, local non-profit Northwest Film Forum, then in its infancy, offered Wick a few small grants and the use of a flatbed editing machine, which made it possible for him to produce his first film, 1999’s “Long Strange Trip.”

The film won Wick the “Most Promising Director” award at the New York International Independent Film Festival, before moving on to several other festivals and a limited theatrical release. It received positive reviews and has recently been included in several lists of longest movie titles of all time (the full title of the film is “Long Strange Trip – or the Writer, The Naked Girl, and the Guy With a Hole in his Head.”)

Also in 1999 Wick met former “Miss Italy” Roberta Orlandi in New York. Orlandi had moved from Italy to work as an actress in the U.S. She fell in love with the character “Lana,” in his next script, which was then titled “A Slice of Pie.” The two began shopping the script together, and in 2001 were told it was accepted as part of a slate of films to be produced by a British financier. After the untimely death of the financier, however, the project languished.

Wick’s marriage also came to an end around this time, although the split was amicable, and Wick remained closely involved in his son Morgan’s upbringing.

He returned to stand-up comedy at his old home club, Seattle’s Comedy Underground, where he produced and hosted a show of his own in 2006. He taught film classes at Northwest Film Forum, and supplemented his income by working in restaurants. One restaurant he worked at for several years, Pagliacci Pizza, became the backdrop for his second film, 2008’s “Movie Pizza Love.” Again receiving grants from Northwest Film Forum, the production was given free access to the pizzeria where Wick worked, from midnight until 6am for several nights. The entire budget of the film was $5,000, shooting over three weeks with a volunteer crew.

Splitting his time between Seattle and L.A., wick spent 2008 and 2009 shopping his “Slice of Pie” script – now with the new title “Rock Paper Scissors” – around L.A. with Roberta Orlandi, who had made a cameo appearance in “Movie Pizza Love.” Wick and Orlandi agreed, though, that under the right circumstances the film could be produced at the standard they hoped for, back in Seattle. Wick then received his most complete grant-package yet from Northwest Film Forum, and after almost ten years of work, they finally made the film, shooting in High Definition, and using Seattle’s Ballard High School for the film’s setting.

“Rock Paper Scissors” won wick the Best Director Award at the New York International Film Festival in 2011. The film was also a winner at the Accolade Competition.

In 2012 Wick transitioned to writing books, when his unproduced “Key West” screenplay was requested as a book adaptation by Atlanta’s “Wheelman Press.” The book was published in January 2013 and quickly followed up by “Key West – The Companion Episodes.” When Wheelman’s Greg Banks entered the hospital in 2014, and had to close his company for health reasons, he graciously helped Wick establish his own Azzurri Publishing, and transferred all files to Wick’s new account. Banks has unfortunately passed, but Wick runs Azzurri Publishing in honor of Banks’ memory.

The Key West Series has sold in the thousands, and Wick has followed those books with a library of creative titles, from his amusing tale, ”It Is What It Is” (2015), the collection of short pieces, “Funny Sexy Nanobots” (2017), The “Hilarious” (Amazon review) “The Past is going to Suck” (2018), his only children’s book, “Milo and Meg are Solid” (2020), and 2022’s satirical Science Fiction title, “How To confuse A.I.”

Wick has also returned to filmmaking with the 2021 documentary, “Silk Finds What He’s Looking For.” The film was a winner at the Impact Docs Awards, was an official selection at Roma Cinema Doc, and spent January, 2022 on Apple TV and other streaming services, as a selection of the FlickFair Festival.