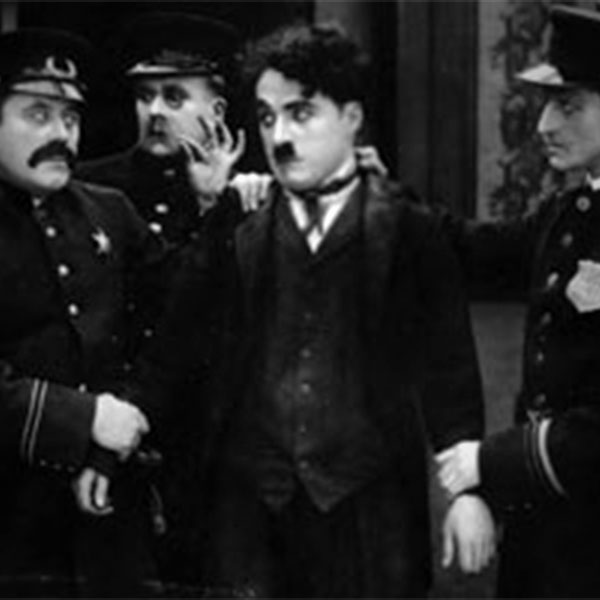 I Am Not a Bank Robber

It’s been a few years, but for some reason I kept the three business cards in my wallet.

As I walked into the Fedex Kinko’s on 45th I noticed a Police car pulling up behind me. Then another Police car. Then two more.

An officer pushed the Kinko’s door open and said, “Excuse me, sir, please step outside.”

Unsure who they were talking to, I paid no attention and stepped up to a self-serve copy machine.

“Sir! You! Please step outside now!”

I looked in the direction of the voice and realized that several cops were staring directly at me. I twisted my face sideways, trying to process what was happening, and stepped toward them.

“Hands out of your pockets!” The Officer yelled. “What’s in your pocket? Remove your hand slowly!”

None of the cops seemed to appreciate my sarcasm. This was difficult to accept. As a sometimes-stand-up-comedian, I am always reading those around me to see whether something is going over well. This wasn’t going over well.

At this point in the story I should point out – for those who don’t really know me – that I can be a little, well, let’s call it “mouthy,” at times. I can talk my way into trouble. Sometimes words, attitude, just sort of slip out.

“What did I do?” I asked, innocently enough, until I followed it with, “Was it something cool? I’d like to know.”

“We’ll be asking the questions,” the lead officer said.”

“Up against the wall!”

The officer began patting me down, and asked me to empty my pockets slowly. It was at this point that I noticed that several of the officers were UW Police, a band of sorry misfits, in training with the County Sherrif’s Department. I tried to hold back the comment, but I couldn’t. It spilled out of my mouth before I could catch it.

A moment of what you can only call “tension” followed, as several offices battled the urge to attack me.

Finally the lead officer (a ‘real’ cop) got off his walkie talkie and apologized to me. I did not match the description of the bank robber as closely as first thought.

The officer explained that they were looking for a man with brown hair, blue jeans, and a white jacket.

“Hey, maybe you shouldn’t have wasted all your time on a guy with blond hair, sweats, and a grey jacket,” I said.

I looked at the army of police cars circling me, and the ten or so officers.

“Maybe some of you should have gone up these alleys looking for the guy,” I said. “He’s probably gotten away by now.”

And as the officers surrounding me fought mightily with their own urges to pummel me into small pieces, I realized that now might be a good time to stop talking.

If I had said anything more, a crime would have happened that day, and the person who committed the crime might have gotten away with it, because those with him would have backed him up. Of course I would never know the outcome of the case. I would have been beaten senseless by fake officers coming at me from all directions
.
-Peter Wick
May 15, 2013