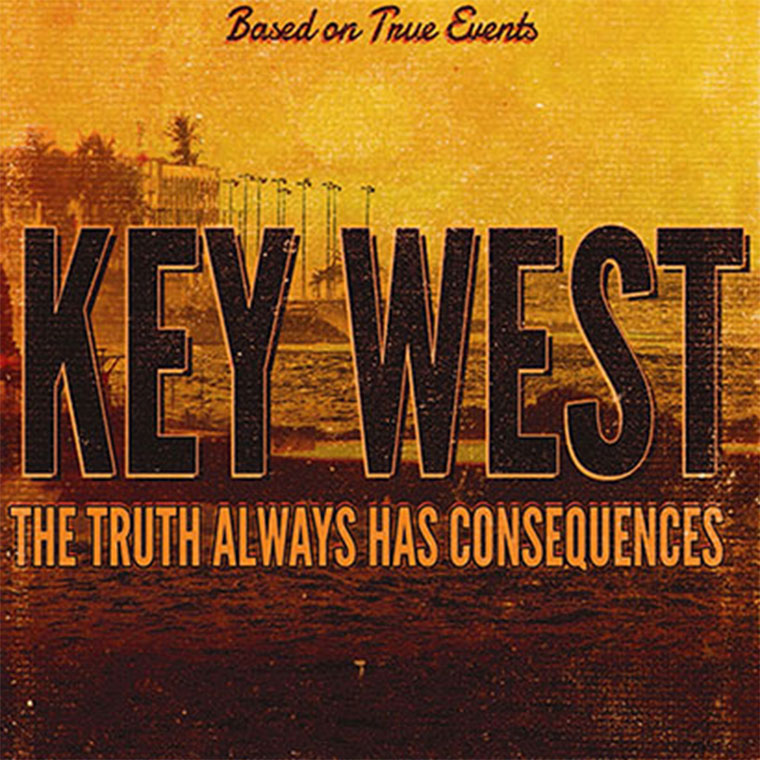 Trouble is Brewing in Key West

In 1950, Stephen Trumbull was a classic hard-boiled reporter and columnist for The Miami Herald. He drank too much, and had a mouth on him. He rubbed people the wrong way. All he cared about was reporting the truth. Reporting the truth can get you into trouble.

When a Monroe County Grand Jury found no evidence of Papy’s corrupt control of a wide variety of illegal activities, Stephen Trumbull used the power of his uncompromising pen, and went on a crusade.

Trumbull used his Miami Herald column to write Papy into a corner.

He discovered that Papy’s control of Key West was no joke, though, when two of the local “goons” left Trumbull alone in a dark alley, late one night, bleeding from a knife wound.

The local Madame, Eva – who ran a “house of ill-repute” with the full knowledge of Papy and the local Police Chief – nursed Trumbull back to health. This put both Trumbull and Eva on the warning list.

Key West is a story inspired by real events and characters, and brings a conflict of wits and wills together as it tries to answer the age-old question; is the pen mightier than the sword?

Available on Amazon, in Paperback and Kindle Editions:
Key West – A Novel