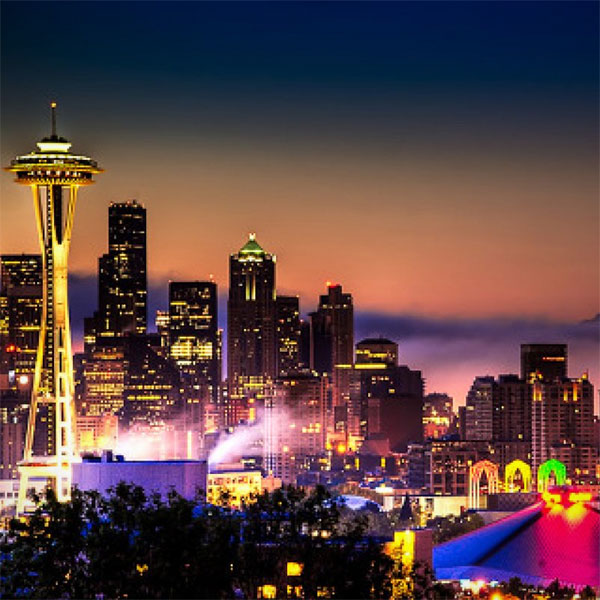 The Middle of Somewhere

I was back home in Seattle over the recent holidays, feeling completely at home and comfortable. I enjoyed the company of friends who I miss, and family who are a part of me.

It didn’t feel like a year since my last visit, and I found myself promising a few friends that I would make it back a few times during the coming year.

Seattle is home. L.A. is home. These places I am familiar with.

I found myself thinking, though, about places that I’ve visited that are definitely not home.

My thoughts traveled back in time to a week of my life that began in Decatur, Illinois and ended in Appleton, Wisconsin.

I was in my 20’s and was working a stand-up comedy tour of small-town midwest clubs. I use the word ‘clubs’ loosely.

The week started on Tuesday, with me driving a rental car south from Chicago into small-town Illinois, for what is still the only time of my life.

Tuesday night’s gig was a one-nighter in Decatur. I arrived at the ‘club’ which was a small local tavern, where the regulars merely tolerated the once-a-week invasion by two stand-up comedians. I was the opening act, and I apologize to whoever followed me; I have no memory of who was loosely referred to as the ‘headliner.’

My only memory of Decatur, Illinois is this tavern.

It didn’t have a stage.

To perform I had to climb up onto two tables that had been placed next to each other. I did my best to get and keep the audience’s attention, but I lost the battle to the Chicago Cubs. The biggest laugh of the whole night came when I gave up, dropped the microphone, and turned to watch the Cubs with them.

The next night was Rockford, Illinois, and then Thursday, Friday, and Saturday were in Appleton, Wisconsin.

I am happy to report that the gigs gradually improved through the week. Appleton was good to me.

The most striking memory of the week for me, though, was the driving; driving through Wisconsin farm country in the Summertime. It was beautiful.

It remains a vision that I can’t seem too shake years later.

Sometimes those of us who live in a big city like Los Angeles (or New York or London or Paris or Tokyo or Shanghai) find ourselves feeling a little cocky about being in the middle of something; the eye of the storm; where the action is.

I like to remember another kind of middle; the middle of nowhere – which is really always somewhere.

I have to drive through smalll-town Illinois, and Wisconsin again sometime.

I plan to get out of the car at some small tavern, maybe on a weeknight when a little entertainment might be passing through town.

I plan to sit and have a beer and make a couple of local friends. I plan to celebrate life in the middle of somewhere.
-Peter Wick
January 14, 2014