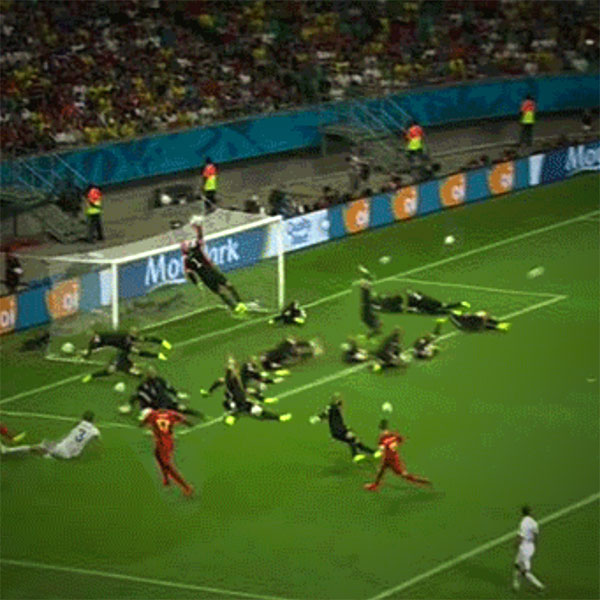 Debate Over – Soccer Has Made it to America

We need to stop having an out-dated 20th century debate in the United States.

The out-dated 20th century debate is: “How can soccer make it in America?”

The relevant 21st century debate should be; “How DID soccer make it in America?”

Anyone who still thinks soccer has not made it has not been paying attention. It has happened. The debate is over…and it’s been over for more than a decade.

Don’t get me wrong. I understand that soccer is far from being the dominant sport in this country.

When I say soccer has made it in America, I am pointing to three undeniable factors:

1). Major League Soccer has become a permanent fixture of the American sports landscape. MLS is here to stay. It’s making money and growing. Get used to it. The American sports landscape is; NFL, NBA, MLB, MLS, NHL, NASCAR, tennis, boxing, MMA, Lacrosse, and…well, you name it. If it’s a competition it will find a home somewhere in America (hot dog eating contest, anyone?).

2). MLS is also a player on the world stage of soccer leagues…A PLAYER, not THE player, but A player.

While MLS does not boast the glamour of The English Premier League, Spain’s La Liga, or Italy’s Serie A, it has become a respected league on the world stage.

“The World Stage” is something that most American sports fans are still getting used to. We expect the world’s best basketball players – from Spain (Pau Gasol), from Argentina (Manu Ginobili), from France (Tony Parker) – to come play in the NBA. anything else is the minor leagues.

There is back and forth movement going on all the time. MLS sends players to Europe. European leagues send players here. It’s a relationship.

It was a minor scandal in Australia when Tim Cahill moved from England to New York Red Bulls, rather than going home to play in Australia.

Moves like this actually give MLS a leg up on many countries leagues.

Maybe an up-and-comer in Costa Rica (the true World Cup surprise team this year) is weighing offers, but not from England, Spain, Italy, or Germany. Where do you want to play? Norway? Sweden? Greece? Japan? MLS? Many will pick MLS and play for Sporting Kansas City or D.C. United, rather than Malmo in Sweden, or Yokohama FM in Japan.

So…MLS is a player on the world stage of soccer leagues.

3). The U.S. Men’s national team will always be expected to make the knockout rounds of future World Cups.

We’ve done it consistently enough in recent World Cups (three of the last four), that the expectation is established now.

Prior to this World Cup I argued with a few friends who were convinced that the U.S would not survive the “Group of Death.” I was certain that we would. Once we did, the bar was permanently established; the U.S. should always be expected to get out of their group and reach the round of 16.

I guess the next step is to raise the bar up another notch.

See you in the Gold Cup next year, Mexico.